On August 6, 2021, Gatling Exploration Inc. (GTR:TSX.V; GATGF:OTCQX) published an update on the ongoing drill program at the Larder Gold project in Ontario, Canada. These latest results will feed into a mineral resource estimate, scheduled for Q3 2021. 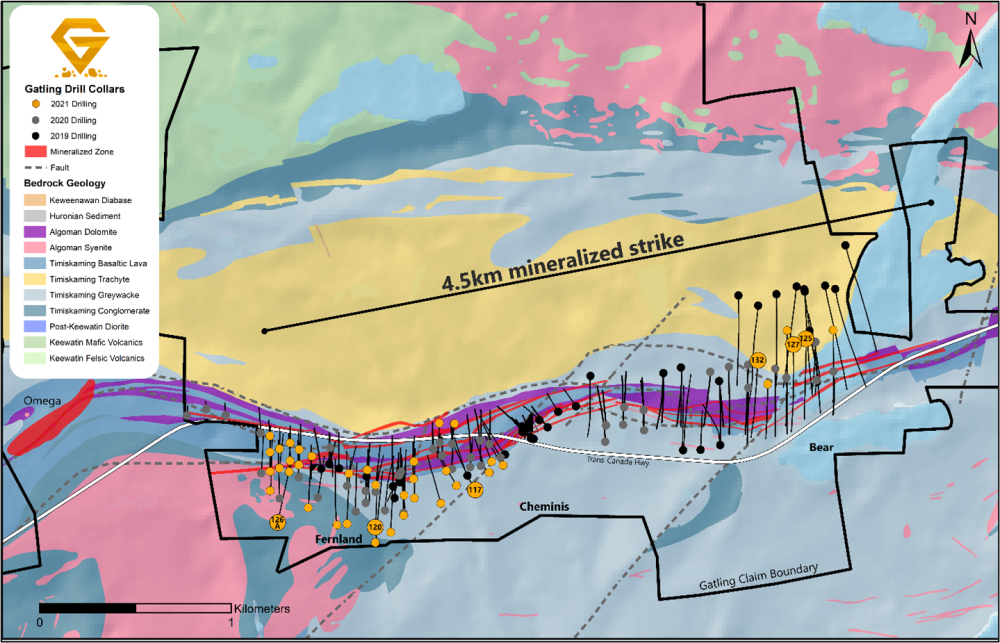 Streetwise Reports caught up with Gatling CEO Jason Billan last week. We kicked off the conversation by asking about his background.

In 2009, Billan completed an MBA at the University of Western Ontario.

The financial crisis “was a good time to study the business world,” Billan recounted. “I got interested in gold as a commodity and safe haven, and this propelled me into the mining sector.”

Billan worked in equity research, covering a broad universe of small caps, including precious metals. He spent a year at Salman Partners, then moved to RBC Capital Markets. In 2012, he joined Nevsun Resources in corporate development — which sold to China’s Zijin Mining in 2018 for $1.8 billion.

In 2019, Billan joined Gatling’s board, and later was asked to be the CEO.

We asked Billan for a “bird’s-eye view” of Gatling’s resources.

“Gatling owns a large gold project located in the Abitibi greenstone belt,” explained Billan. “We’re sitting on one of the east-westerly faults, 35 kilometers east of Kirkland Lake and about seven kilometers west of the old Kerr Addison mine.”

Straddling the provinces of Ontario and Quebec, Canada’s Abitibi greenstone belt is a 450-kilometer-long by 150-kilometer-wide mineral-rich geological belt.

In the last 120 years, it has yielded 180 million ounces of gold. At least 15 mines have produced more than 100 tonnes of gold.

“Our three main deposits cover a 4.5-kilometer strike,” stated Billan. “They’re on the southeastern portion of our land package. In addition, we acquired the remaining 25% on the southwestern side of our property, spanning another 4.0 kilometers of strike, a couple months ago at competitive pricing.”

In the past, these three deposits were considered to be distinct underground projects, but Billan’s geo team is exploring the possibility of combining the three adjacent deposits.

“The Bear deposit has been established as the deepest of the three deposits, with the majority of gold ounces beginning around 500 meters below surface,” explained Billan. “Above this level, we hit in a gap, which is 350 meters [in strike] by 150 meters vertical. One of the objectives of this current 25,000-meter drill program was to fill that gap, and these results will be incorporated into the resource update.” 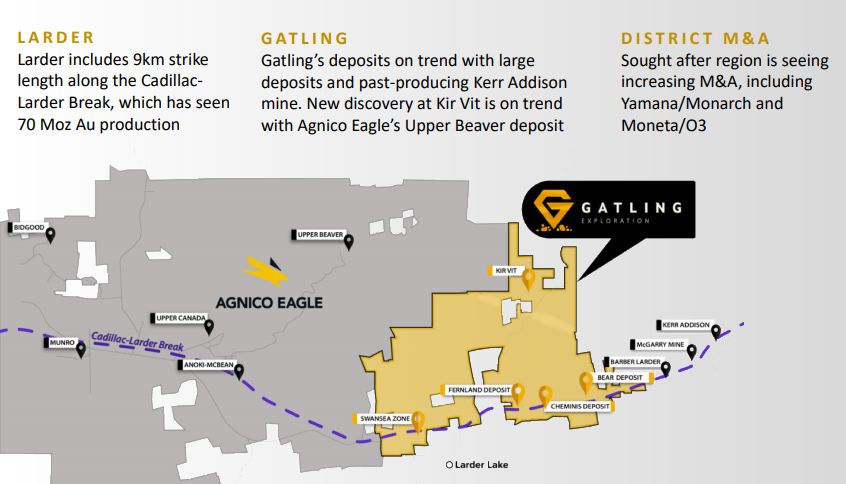 “The central deposit of the three is called Cheminis,” Billan told Streetwise. “It has historical workings down to 330 meters. The underground workings are flooded, but could be de-flooded in a development scenario. Cheminis was mined in the ’90s. So we’re not talking about a century-old mine-workings. From our preliminary assessments, the workings are in decent condition.”

“Looking at the same underground working level, heading east you hit the beginning of the Bear system just 120 meters away,” Billan added. “You could potentially drive towards the Bear deposit, then decline, so you wouldn’t necessarily have to sink a shaft. There are a couple of different scenarios where we can leverage Cheminis infrastructure to access the Bear deposit.”

The August 6, 2021, press release confirms that 13,500 meters of drilling have been completed on the Fernland deposit, targeting near-surface gold mineralization, and that “recent drilling from all three zones has added to both open pit and underground resource potential.”

“Gatling has now entered the resource update phase utilizing its large drill database highlighted by more than 60,000 m of drilling completed by the Company across all three high-grade gold deposits over the past 2.5 years, plus 70,000 m of historical drilling, including 37,000 m to support Fernland’s initial resource estimate,” according to the release.

“The 25,000-meter exploration program outlined at the beginning of the year is nearly 90% complete and has continued to deliver impressive results across the Fernland and now Bear deposits, which bode well for the upcoming mineral resource estimate at the Larder project,” stated Billan. 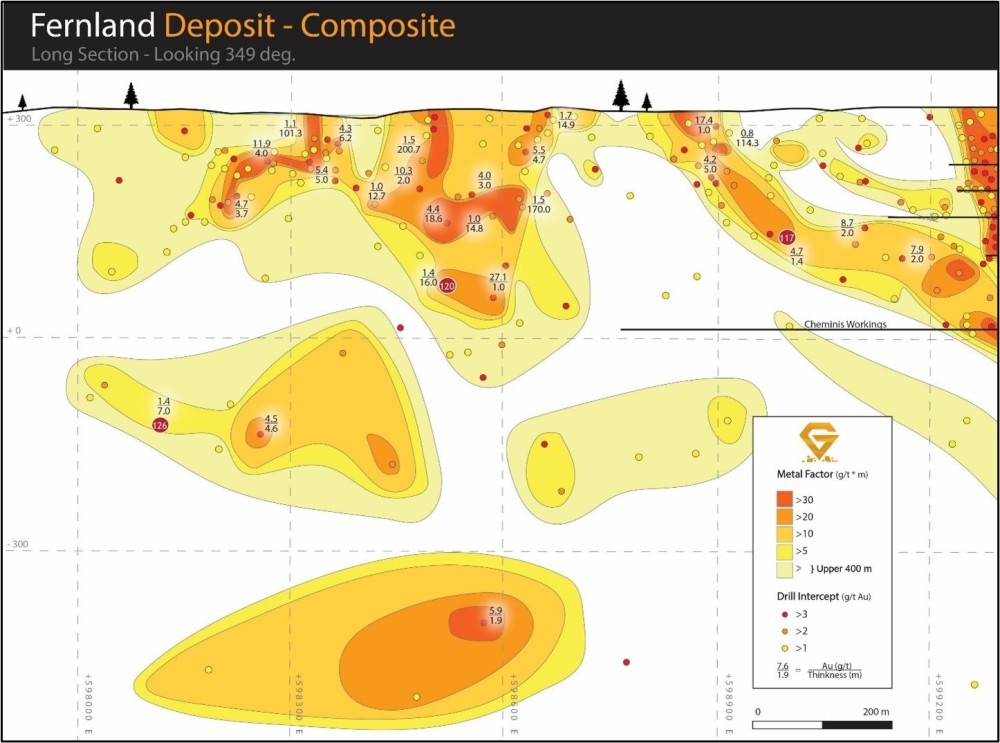 “Our number one prospect off the break, six kilometers north of this region, is called Kir Vit,” Billan told Streetwise. “Last year’s channel-sampling program was successful, returning 16 grams of gold over a meter, as well as 2.8 grams of gold over seven meters.”

“We’ve been drilling there since late June, 2021,” continued Billan. “We’re excited to see what this could ultimately be. Kir Vit is on trend with Agnico Eagle’s Upper Beaver deposit, which is six kilometers to the west. Upper Beaver currently contains roughly 1.4 million ounces of gold reserves at roughly five grams per tonne. It also has a 0.25% copper kicker.”

“Agnico Eagle is planning to be in production next door to us by 2027,” added Billan, “producing 180,000-240,000 ounces of gold per year, at all-in sustaining costs of roughly $750 an ounce. This is welcome news for Gatling management and shareholders.” 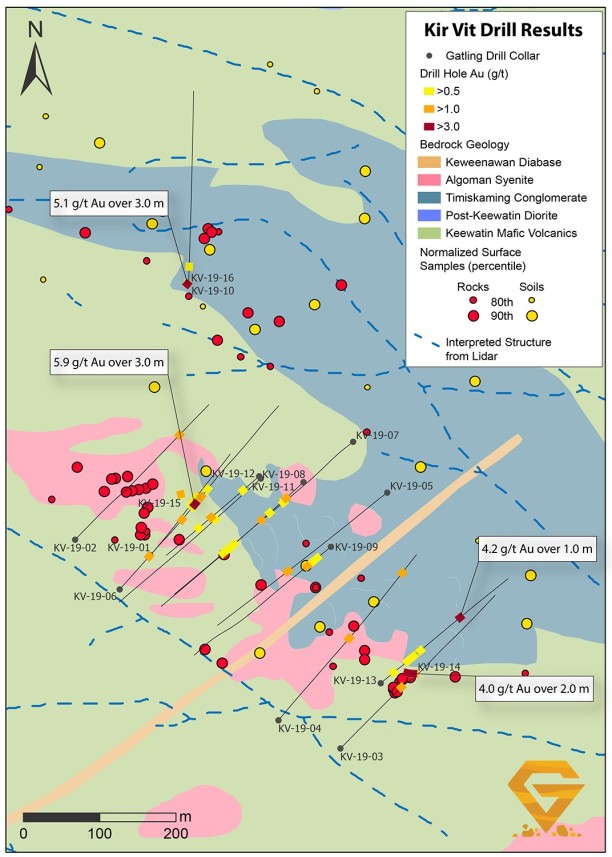 We asked Billan about his views on gold as an investment vehicle.

“We are quite likely in a situation of [quantitative-easing] infinity; inflation is running well-above Fed target levels,” responded Billan. “At some point, the Fed will hit a wall — how do they normalize the economy when financial markets have become increasingly sensitive to tightening, whether it be the taper or modest rate increases? We believe gold will have its moment, and when it does, it could be very profitable to own gold in the ground.”

Management and key insiders own about 2% of Gatling. There are 45.3 million shares outstanding; 52.3 million are fully diluted. Current market cap is about CA$16.9 million. After participating in the last financing, two institutional investors also own between 5 and 15% of the company. In addition, numerous high-net-worth and family office investors have long-term positions in Gatling. The shares left in the public float are tightly held.

2) The following companies mentioned in this article are billboard sponsors of Streetwise Reports: Gatling Exploration Inc. Click here for important disclosures about sponsor fees. The information provided above is for informational purposes only and is not a recommendation to buy or sell any security.

4) From time to time, Streetwise Reports LLC and its directors, officers, employees or members of their families, as well as persons interviewed for articles and interviews on the site, may have a long or short position in securities mentioned. Directors, officers, employees or members of their immediate families are prohibited from making purchases and/or sales of those securities in the open market or otherwise from the time of the decision to publish an article until three business days after the publication of the article. The foregoing prohibition does not apply to articles that in substance only restate previously published company releases. As of the date of this article, officers and/or employees of Streetwise Reports LLC (including members of their household) own securities of Gatling Exploration Inc., a company mentioned in this article.