Technical advisor Quinton Hennigh began his introduction to Snowline Gold Corp. (SGD:CSE: SNWGF:OTCQB) by outlining its people and projects. A new company, Snowline Gold is exploring an array of projects that father-and-son team Ron and Scott Berdahl prospected and staked in the Yukon.

Along with the Berdahls, Crescat Capital and Hennigh, Snowline investors include Keith Neumeyer, Palisades and Eric Sprott.

“Snowline’s land package in the Yukon is huge,” Hennigh remarked. The company currently has seven projects in this area, which features a number of known deposits-primarily gold, but also silver-such as Keno Hill. The company’s focus right now is mostly on its Einarson and Rogue projects.

As for the geology of this world-class district, Hennigh described it as a “smorgasbord of different ore deposit types, all more or less formed through the same processes of deposition and compression of the rocks.”

“The area is so replete with metals,” he explained, “because it has two geologic phenomena, the Selwin Basin and Tintina Belt, superimposed on one another.” 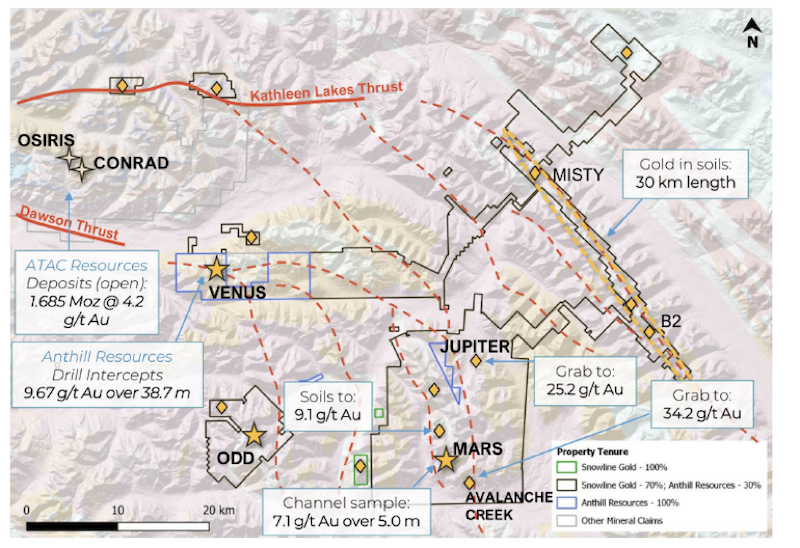 Jupiter, the first target Snowline is exploring, showed anomalies on soil analysis. The company followed up with trenching and now is actively drilling. All of the holes drilled to date hit visible mineralization. Early intercepts include 7 meters of nearly 4 grams per tonne (7m of 4 g/t) and 4m of 4 g/t.

“A lot of holes hit mineralization that has not been assayed yet, so I would urge people to keep their eye on this story,” Hennigh said. “Given that they do have some high-grade surface samples here, it’s only a matter of time, in my view, that they’re going to hit something high-grade and be onto a significant mineral discovery.” 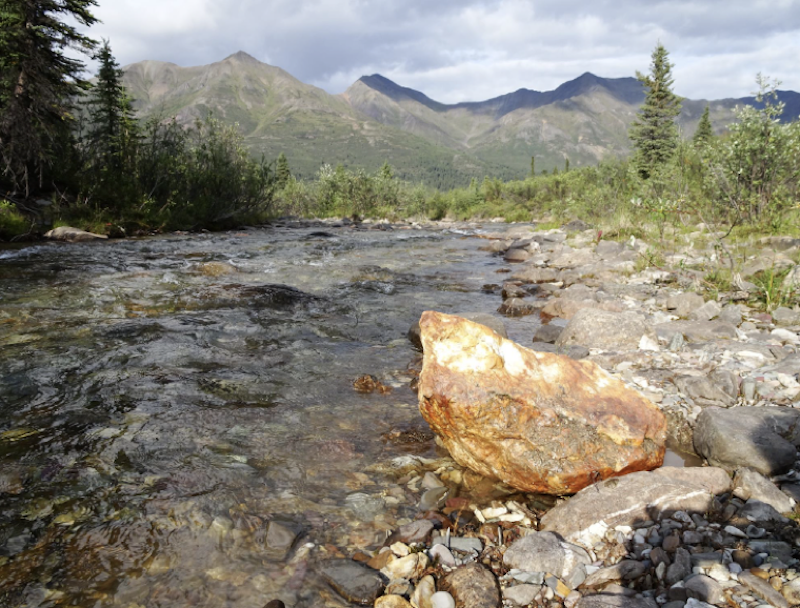 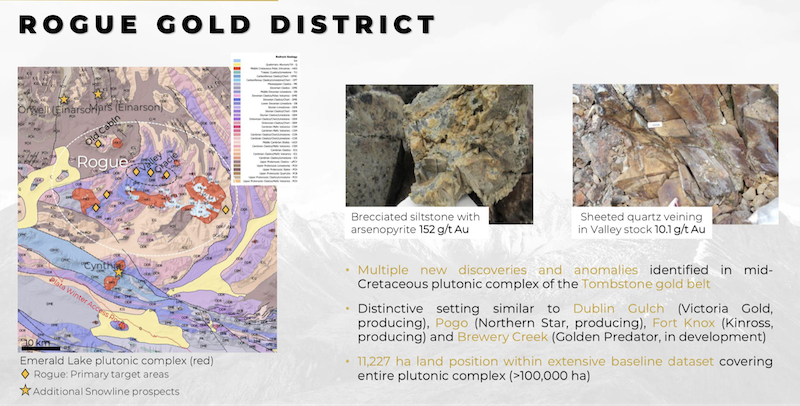 Hennigh is intrigued by the Snowline’s Ursa target because its geological presentation indicates that it could be another Rammelsberg, a historical German deposit presenting as a “folded seam of sulphides inside a bigger rock package.” Its mineralized trend, 8 kilometers (8 km) in length, north to south, returned “remarkable” values, including up to 33,000 parts per million zinc and 0.5 ounces per tonne of silver over 8 km.

“Finding a Rammelsberg, wow, that would be remarkable, absolutely hands down a world-class deposit,” Hennigh said. 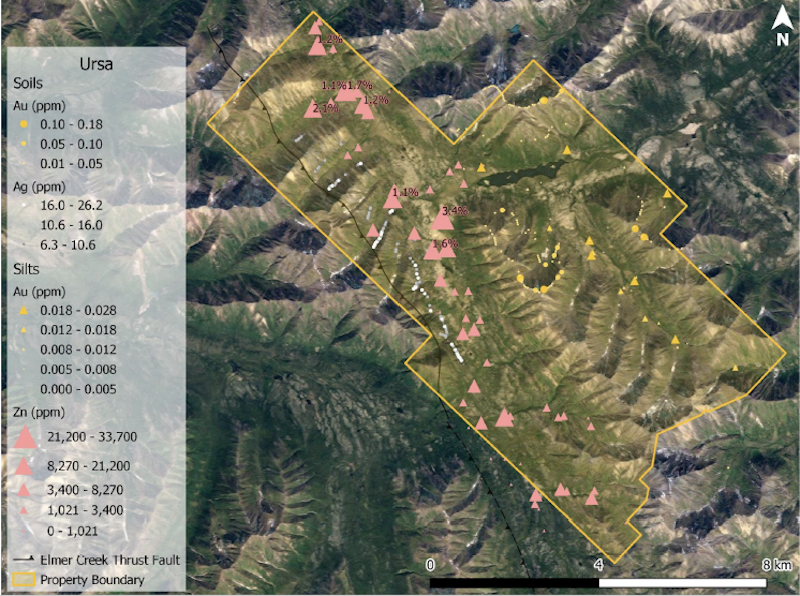 Hennigh then pointed out some noteworthy developments at a few other exploration companies in the Crescat portfolio.

Hennigh advocates that “people should keep their eye on the west-oriented hole Eloro is drilling now,” as the company still has not found the limits of the mineralized system. He expects the metallurgy to be well behaved like that of most other systems in the region. He also believes Eloro’s project will eventually generate a lot of concentrate streams. He made the connection to other polymetallic mines in the area that are sizeable (one is mining about 100,000 tons per day) and generating lots of cash flow.

Goliath just announced the results of drill hole 4, and the core looks identical to what it channel sampled last year. The company has lots of assays pending. As for the holes announced lower on the mountain, all hit very long intervals, 50-70m, of quartz veining with sulphide and/or stockwork. Goliath plans to test numerous areas this year (everything above the green line on the image, below), up and around the edge of the system where it outcrops across the mountaintop then down to test downdip. The red box shows the area where Goliath is currently drilling.

The SureBet zone dips down into the ground (as indicated by the red diagonal arrow on the image). There’s a little structure on the mountaintop, Cloud 9, that showed some good gold results from grab and short channel samples. Hennigh suggested that maybe Cloud 9 and SureBet join somewhere in the ground and noted there is intrusive down there.

“Wouldn’t it be cool if the company poked one hole down there to see what’s going on?” he asked. 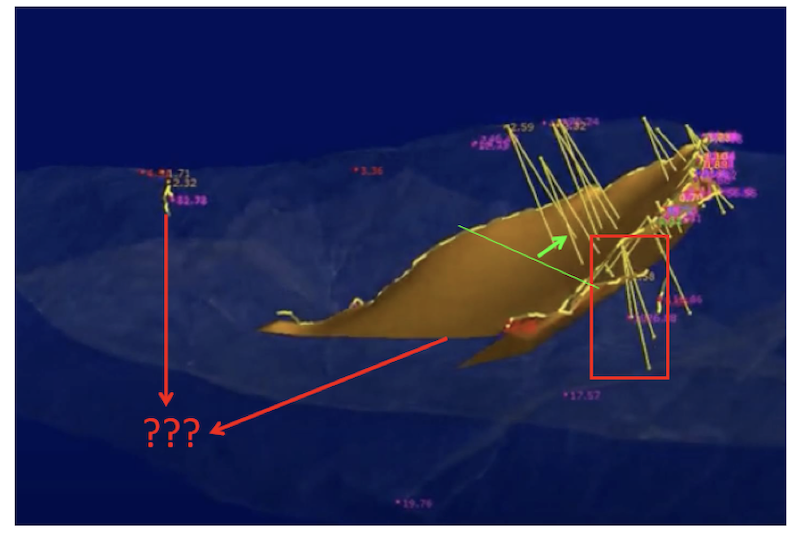 White Rock adjusted its drill program to focus more on the Keevy volcanogenic massive sulphide trend because some “astonishing targets” emerged via prospecting in the past couple of weeks. This year, the company intends to drill test Jack Frost (lower right on the image, below) and Easy Ivan (upper left on the slide), “basically walk up and drill me-type targets,” Hennigh said. 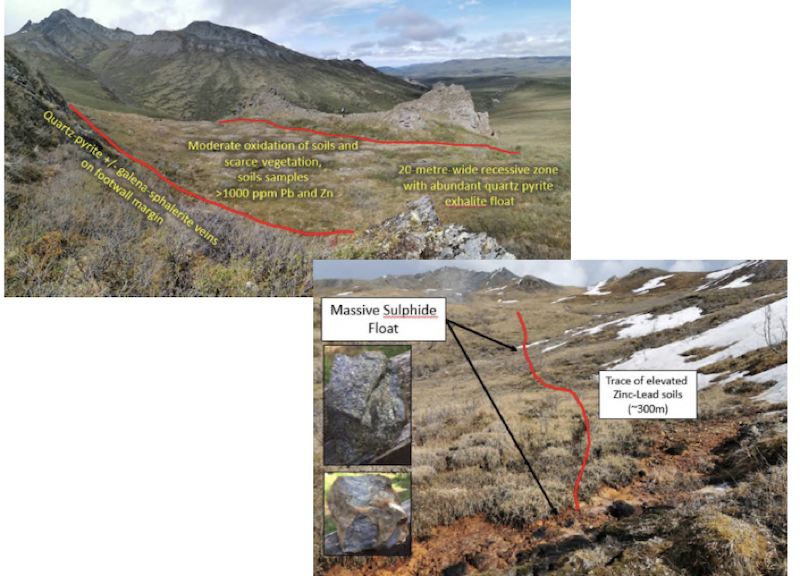 Tectonic is aggressively drilling (targets shown on the image, below) and has a good treasury. Hennigh said the explorer is chasing another Pogo-like play in the area of Alaska’s Pogo mine and is prospecting on its other landholdings. 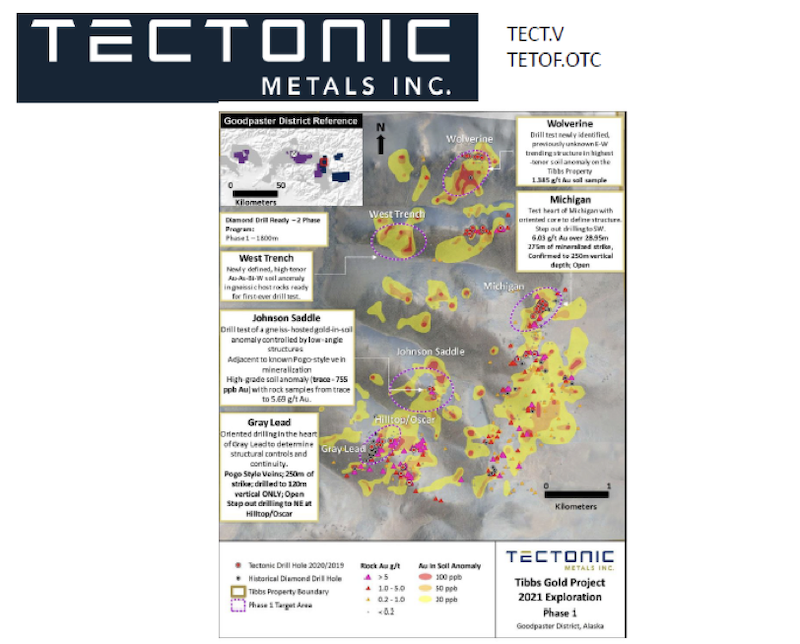 Cabral is doing a great job drilling, Hennigh said. The company hit blanket-like gold mineralization in a number of holes in the saprolite emerging from the ground. This alone is a potential deposit, Hennigh noted: “basically free big shallow material.” Also, an anomalism seen in the saprolite indicates a vein or higher-grade system below.

After its first round of drilling at Bethania, Kuya now has about 20 mineralized veins now. So far, the drill results are consistent with historical ones, such as 16-plus ounces of silver equivalent. Potentially, these veins could all be mined from the same underground operation. That scenario offers potential for more tonnage per vertical meter, which equates to better overall project economics.

Of Nulegacy’s core drilling and assay turnaround, Hennigh said they have been “painfully slow.”. The company will drill less aggressively until the assays come in and then ramp drilling back up. This will allow it to follow-up drill any “excellent” holes they may have already hit.

Stay tuned to this space for further updates on the Crescat portfolio.

2) The following companies mentioned in this article are billboard sponsors of Streetwise Reports: None.

3) Comments and opinions expressed are those of the specific experts and not of Streetwise Reports or its officers. The information provided above is for informational purposes only and is not a recommendation to buy or sell any security.

5) From time to time, Streetwise Reports LLC and its directors, officers, employees or members of their families, as well as persons interviewed for articles and interviews on the site, may have a long or short position in securities mentioned. Directors, officers, employees or members of their immediate families are prohibited from making purchases and/or sales of those securities in the open market or otherwise from the time of the decision to publish an article until three business days after the publication of the article. The foregoing prohibition does not apply to articles that in substance only restate previously published company releases. As of the date of this article, officers and/or employees of Streetwise Reports LLC (including members of their household) own securities of Nulegacy Gold Corp., a company mentioned in this article.

Gold Is the Belle of the Ball. Will Its Dance Turn Bearish?

January 21, 2022 (Investorideas.com Newswire) The precious metals still do pirouettes on the trading floor, ...
By
2 days ago

January 21, 2022 (Investorideas.com Newswire) After acquiring the W2 Copper-Nickel-PGE project in Ontario, Platinex adopted ...
By
2 days ago

Gold Is the Belle of the Ball. Will Its Dance Turn Bearish?